Bannur Sheep are in Excellent Demand

Bannur sheep also called Mandya sheep are in great demand across the state, especially Bangalore, pushing up the prices further. Market economics has taught Kuntuppa that he should sell his flock of Bannur sheep during Bakrid season. “Bannur breed always fetches us good sum. The prices have doubled this time,” the farmer from Bandur on Mysore-Mandya border explained.

Known for its special taste owing to its fat content, the sale of Bannur breed sheep is brisk in the region, including Mysore. Khadeer Ahamed, who has been in the meat business for over two decades said: “This time, Bangaloreans are the main buyers. The demand has picked up ahead of Bakrid. It will skyrocket during the weekend when buyers will crowd the fairs. The selling rate for a pair of sheep aged one year is Rs 50,000 now.”

The fairs at Bannur and Kirugavalu are held on Saturdays. Post-Bakrid, the rates will come down to Rs 20,000 to Rs 25,000. Many farmers graze the livestock in the region just for the festive season. C Chamaraja of Maragowdanahalli, 5km from Bannur, said he is grazing the special breed of sheep for next Ramzan and Bakrid festivals.

The sheep is also called Bandur sheep or Mandya sheep. Sellers said instead of buying the meat, buyers prefer to take the sheep home for the festival. The cost of 1kg meat of the variety is Rs 500 whereas, other breeds cost Rs 300. The special variety is believed to have originated from Bandur, but is bred in this region.

Deputy director G Ananda attached to the Bandur Sheep Breeding farm of the department of animal husbandry and veterinary sciences said that there is enormous demand for Bandur breed sheep round the year, which goes up during festival season. “It is in its genes. The genetic factor makes the meat of the specific breed juicy. It is because of the fat content in between the muscle and fiber,” he told TOI. According to the official, in other breeds, fat is accumulated mostly near the abdomen. A majority of people prefer this breed for ceremonies like wedding and post-wedding events. However, Bannur meat is not good for those suffering from heart-related ailments.

The sheep is stout and can weigh up to 45kg and is sold when it is about one year old. Former mayor Ayub Khan said his family preferred Bannur sheep meat for the feast since the variety is locally available and popular in the state. 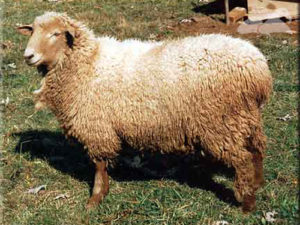